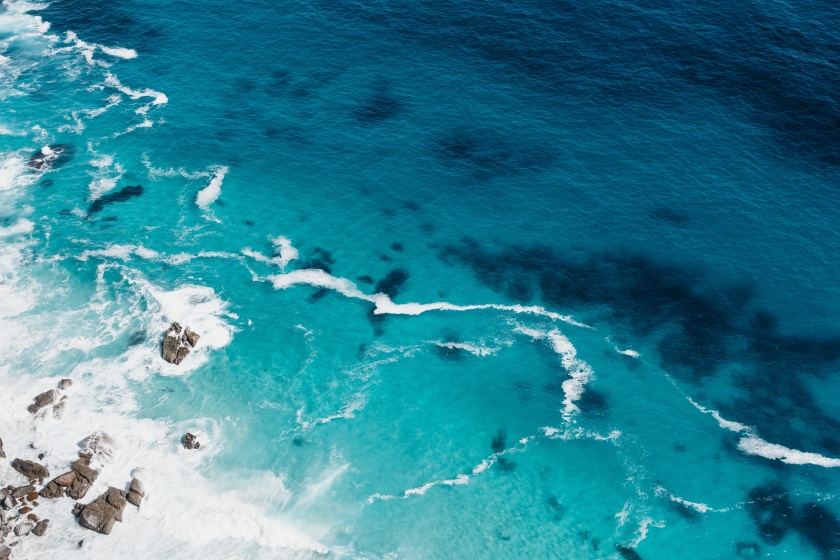 Where the metaphorical seas lap the literal sands of language, idioms are born. Some of them are then picked up, like pebbles, to be tossed around, transmitting meaning and merriment. Some get dropped, others get so smoothed out by time, tongues, and tortuous trajectories, that they’re labeled clichés.

Does that mean that a cliché is linguistically dead in the water and beyond the pale? That everyone is sick and tired of it? That you run the risk of boring someone stiff if you use it? Not necessarily. There are ways and means. Let’s see a demonstration (emphasis is mine).

Quote: Stories without [an implicit framework] go unread; stories with it are capable of knocking the socks off someone who’s barefoot.

This is from Lisa Cron’s Wired for Story: The Writer’s Guide to Using Brain Science to Hook Readers from the Very First Sentence. Her implicit framework is what Jorge Luis Borges called algebra in his observation that art is fire plus algebra. (How she interprets this algebra-framework is the essence of her book.)

Cute turn of a turn of phrase.

In the Quote, to knock the socks off someone means to surprise someone in a good way, in particular, as a writer engaging his or her readers in a thrilling plot. It’s one way to describe what a page-turner aims to achieve. Had the sentence omitted who’s barefoot, the Quote would have flopped because the most impactful part of Cron’s message—the most impactful part of any sentence: the end—would have been a cliché.

As it stands, our brains need to switch from the metaphorical meaning of the idiom to the literal interpretation of socks before we can understand what is going on. The switch is what makes the Quote quiver.

Whereas the Quote is an example where the interpretation goes from metaphorical to literal, it is also possible to go the other way. In Metaphor: Quirks and Perks, I discuss Raymond Chandler’s quote: Dead mean are heavier than broken hearts. There, the brain does the literal to metaphorical switch in the last two words.

Paradoxes are seemingly self-contradictory. That is, you can’t knock socks off people who wear none, until you start thinking about what that means within the framework of the idiom: perhaps the readers would be so impressed with your work they’d regret not having any socks on and would promptly put on a pair just to have them knocked off. Well, of course not, but the magic of paradox lies in the clarity of understanding that it provides without providing the clarity of meaning.

And the magic of the Quote, doubly so than usual, lies in taking a cliché and doing something fairly original with it. It shows how even fossilised expressions can be enlivened.

Let’s give it a go—see what you think of my take on a few common idioms/clichés.

Pun & Paradox Overdose? But it’s so much fun! Do try it yourself.

11 thoughts on “More Mileage for Your Metaphorical Money”