On synonymia in general, and in a quote from Thomas Mann’s “Death in Venice”.

When you’re feeling ill, are you indisposed or infirm? What about lousy, queasy, or woozy? Or are you just a hypochondriac who prefers the word valetudinarian (because it sounds a lot like valedictorian and valerian)?

A thesaurus may serve up a whole heap of “synonyms”, words that may be interchangeable in some contexts, but even in off-the-cuff speech you can rarely apply one at random—and if you do, you’re risking rosy cheeks, unintended humour, and hasty corrections.

Luckily, our minds do not work with machine-like precision: only a few more-or-less apt words will present themselves in any given situation. To recall the rest, we have to make a conscious effort, as the writers amongst us do.

But there’s more to synonyms than word-for-word considerations; what about phrase-for-phrase, description-for-description?

The Sun is the golden disk in the sky, the centre of a heliocentric worldview, the star closest to Earth, the giver of light and life, it is the Greek Helios, the Egyptian Ra, it is Romeo’s Juliet,  …  A fun exercise, you might say, but in the end you always need to chose le mot juste.1

Actually, no. Sometimes you can just pile on the synonyms. Here’s Thomas Mann writing about his protagonist Aschenbach in Death in Venice (translation by Michael Henry Heim). How many synonymous descriptions can you count?

Quote:  There he sat, the master, the eminently dignified artist, the author of “A Wretched Figure,” who had rejected bohemian excess and the murky depths in a form of exemplary purity, who had renounced all sympathy for the abyss and reprehended the reprehensible, climbed the heights, and, having transcended his erudition and outgrown all irony, accepted the obligations that come with mass approbation, a man whose fame was official, whose name had been made noble, and whose style schoolboys were exhorted to emulate—there he sat, his eyes closed, with only an occasional, rapidly disappearing sidelong glance, scornful and sheepish, slipping out from under them and a few isolated words issuing from his slack, cosmetically embellished lips, the result of the curious dream logic of his half-slumbering brain. 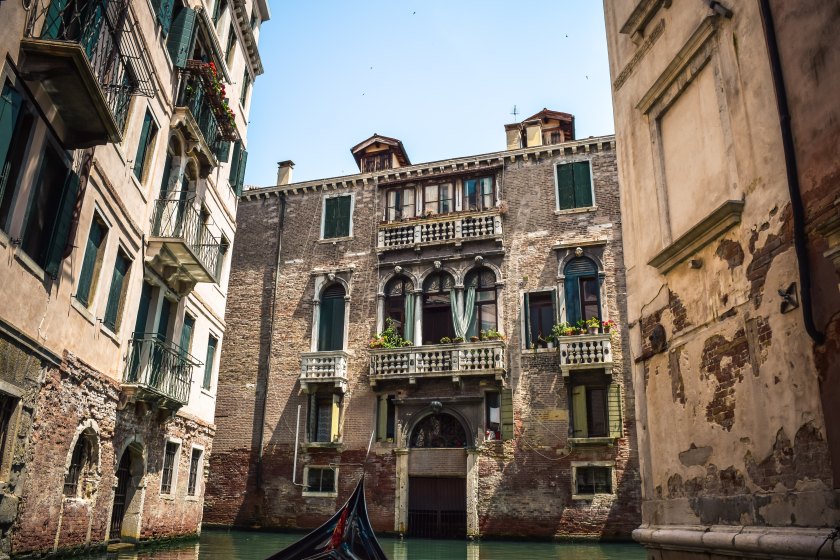 Gravity: I mean both in quality and quantity. (128 words, of which only 6, the repeated there he sat, aren’t descriptive.)

Note the duality of the Quote: the clauses before the em dash are mutually similar abstract facts about Aschenbach’s social standing; the clauses after, disparate concrete facts about his physical presence (eyes, glance, words, lips, brain).

Therefore, the “boring”, “repetitive” bit of the Quote is sandwiched between the two copies of There he sat, one at the beginning and one after the em dash. Here is the breakdown:

It’s worse than you think: the Quote comes at the end of the book and the abstract descriptors are meant as a summary of the protagonist’s biography—a reminder of what has already been said elsewhere. Why was this necessary?

As with most repetitive rhetorical elements the answer is simple: emphasis.

In this case it’s an emphasis of the contrast between the illustrious Aschenbach of the past and the Aschenbach of the present, pathetic and clownish, with his cosmetically embellished lips. It is a contrast of the middle-aged male paragon and the reprobate he became within days of falling in love with a fourteen-year-old boy. (If you’re a “classical reader”, Death in Venice is a referential heaven for you.)

Synonymia is a figure in which a similar meaning is repeated using different words. More accurately perhaps, it is a figure in which the reader feels this is the case. For example, in the Quote, you may feel that an eminently dignified artist is not necessarily a man whose fame was official, and so these two phrases were sufficiently distinct not to be considered synonyms, while, on the other hand, a man whose name has been made noble is by definition a man whose style schoolboys were exhorted to emulate (and vice versa).

Synonymia, when this long and numerous, can be thought of a type of congeries, that is, a heaping up of words and phrases for emotional impact. In particular, an accumulatio heaps praise or accusation: praise before the em dash in the Quote, (ironic) accusation after; and a systrophe heaps figurative descriptions without giving literal ones, again what we have before the em dash.

Bear in mind that Death in Venice was published in 1912, before attention spans became copy-paste short, just as experimental fiction was starting up properly, and while rhetorical structures like synonymia still conjured up, if distantly, ancient ideals worth emulating. I struggle to envision many modern authors reaching for 121 words of description to laud characters only to make their fall from grace all the greater—in one sentence. I, for one, would have done it differently:

There he sat, the master—there he sat, scornful and sheepish, with his cosmetically embellished lips.

But then, I live in a time when one visual detail is worth a hundred abstract ones.

P.S. For those of my readers fluent in German, here is the original passage. It is 116 words long, structured the same way, and indeed, the above analysis applies to it as well. 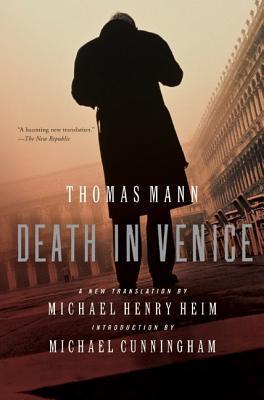 6 thoughts on “Synonyms to Spare”