A tough book is a maze, a mire, a minefield. Ten minutes into it, you’re either groaning or yawning, or—like me, when reading Knut Hamsun’s Hunger—you’re in the first stages of a literary delirium. The headache is an indication that you should stop; the disbelief at what you’re reading keeps you going. You throw the book aside saying, End this torture!, only to pick it up again asking, But where can this possibly end?

The nameless protagonist, let’s call him the starving artist (for the notion could have been named after him), is in a delirium himself—he is deteriorating before the reader’s very eyes. His hair falls out, sores open up, erratic behaviour and twisted thoughts beset him. Poverty shackles him; pride puts him on the rack; vanity shields him from admitting the truth of his situation the way an iron maiden shields you from the outside world.

And Hunger is killing him.

As I wrote in From the Witch’s Point of View, a first person narrative is biased and brutal.

Quote: I tore a pocket out of my coat and took to chewing it; not with any defined object, but with dour mien and unseeing eyes, staring straight into space. (George Egerton’s translation from the Norwegian.)

After that, what else is there to say?

Quite a lot, as it happens. A hundred pages of plotless, episodic wandering around Norway’s capital of the 1890s, with hunger pangs. 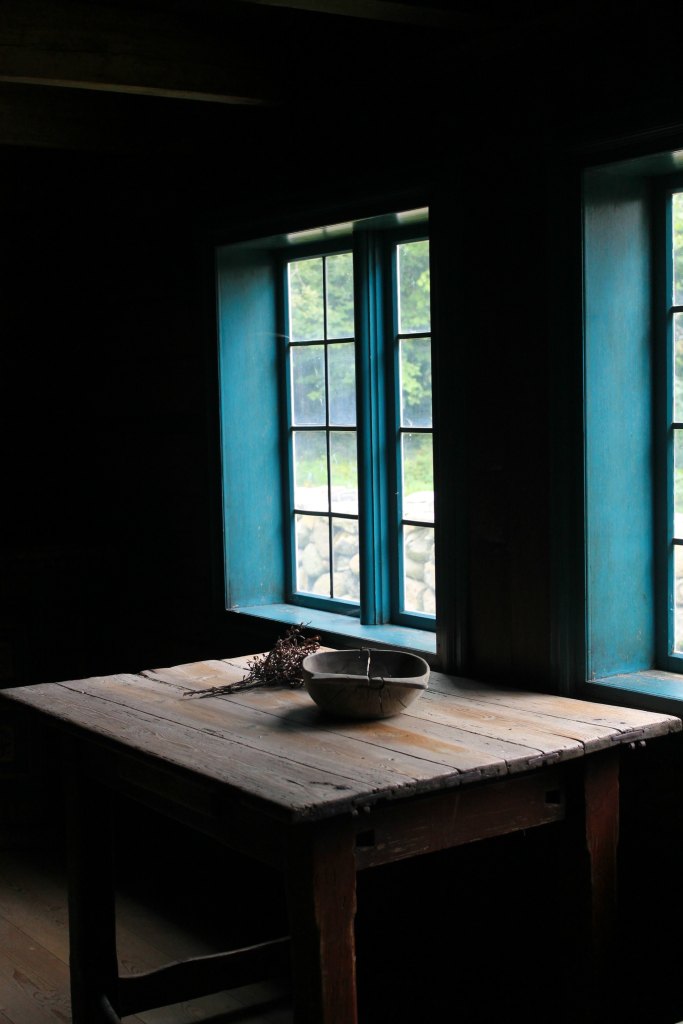 I’m hiding behind lightheartedness because the weight of the book tested my capacity for empathy and sanity, as much as a fictional book might do. (Fictional, yes, although Hamsun’s biography includes first-hand experience in the subject.)

In recent memory I know two books which have tested me so: Khaled Hosseini’s A Thousand Splendid Suns (violence against women) and Zakhar Prilepin’s Abode (800 pages of Siberian gulag). Hosseini I survived with gritted teeth. Prilepin I read gladly in general, but shame on me, I abandoned Abode after two hundred pages; it gave me nerve inflammation (the book weighs three-quarters of a kilo and my ulnar nerves take up to half a kilo on a good day).

The title of my post promises a way to survive such tension.

Evasion and retreat work well, but if you’re determined to stick it out, I’d recommend another approach: running commentary. Write down your thoughts while you read. Cleave yourself, set a barrier between the raw emotion of the book and the inner you that wants to give up under the strain. Be honest and amuse yourself.

A few of my readers asked about my book annotation techniques. Writing a short, cogent post on the topic has proved an elusive task, so in the meantime I offer raw notes of my running commentary of Hunger (edited for typos and coherency).

Some details of the story may be revealed, but nothing short of reading the book yourself can convey its essence. You have been warned.

— Words in italics denote quotes from the book —

Protagonist is a journalist.

Wow, what bad luck, and how one pencil can mean so much.

He’s doing the same things as the other guy who annoyed him.

What a justification for stalking.

Why does he want to give away money when he’s starving?

“… as few men in Norway shave themselves”— ha?

I know the feeling.

Grandiosity (to hide his desperation).

The horror, he’s killing himself.

“If only you don’t let people beg the money from you that you earn.”

So that’s how he became poor?

Him saving people from poverty in the past: a delusion or true and everyone just uses him?

Matter of survival … where can this end?

Gives away everything he owns to cover up his shame, why?

“I was drunk with starvation; my hunger had made me tipsy.”

Finally he admits to someone he is hungry and gets money, but it’s not charity, he’ll work for it.

The book is full of good characters who offer to help one another, including the protagonist, he’s just more incompetent than the others.

He’s offered an advance for his work. And he refuses!

He really can’t hold onto money.

Throws up the beef he tries to eat. His body not used to food.

Gave all his money away.

“The fever had laid violent hands on me”—personification.

He could have asked for bread but didn’t—pride, vanity. This book should have been called either of those things.

Asks for tobacco, but not food!

Protagonist “lazied about the whole afternoon through the most frequented streets and looked at the people.” Looking at people—what entertainment!

On a date with a girl: loose hair gives away his lifestyle and hunger.

Religion in the background?

He is insane, indeed.

Passage of weeks, I didn’t think he’d last that long.

Writing is failing him.

Getting a little food regularly.

Grand lie, will be uncovered after eight days, I reckon he will die before then or the book will end.

Thrown out of decent lodgings for last time?

Policemen everywhere in the book. Symbolism?

[Redacted so as not to give away the book’s ending.]

8 thoughts on “How to Survive a Tough Book: Fiction”

Leave a Reply to Skyscapes for the Soul Cancel reply