Digging up details and quirks starting from a quote by Borges. 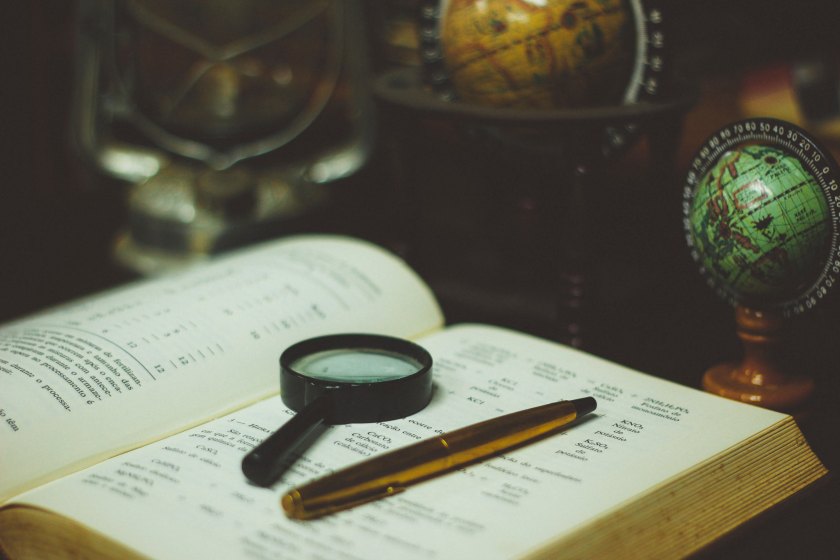 That one question gives life meaning. How, who, where, when, all lend solidity to our world, but the intangible web of causality tickles our imagination like nothing else. Asking why means staring into a chasm of chaos and glimpsing sense—the intellectual equivalent of climbing into the jaws of a shark, looking around, and coming out with a souvenir. It’s exhilarating.

Why is also the reason everyone likes playing detective occasionally.

Today, I’m investigating The Book of Imaginary Beings by Jorge Luis Borges (co-written with Margarita Guerrero), an encyclopedic account of a most eccentric menagerie. It contains familiar names such as Centaur and Cerberus, Norns and Nymphs, Salamander and Satyrs, amongst a whole plethora of unfamiliar ones. The starting point of my investigation is the opening of the Preface to the 1967 Edition.

Quote:
The title of this book would justify the inclusion of Prince Hamlet, of the point, of the line, of the surface, of n-dimensional hyperplanes and hyper volumes, of all generic terms, and perhaps of each one of us and of the godhead. In brief, the sum of all things—the universe.
(Translation by Norman Thomas di Giovanni in collaboration with Borges)

My question: Why did Borges chose to include in his book Harpies, but not Hamlet, Fauna of Mirrors but not the symmetries of surface friezes, Animals in the Form of Spheres but not the n-sphere …? I suppose that including all generic terms, each of us, and the godhead, would require an infinite book like the The Book of Sand, Borges invented in his eponymous story published in 1975—over a decade after the Quote. In fact, given the Quote, The Book of Sand could be said to begin with an almost familiar sentence:

A gander at Borges’s original work reveals he had other ways of addressing mathematical issues, so perhaps we can assume he simply left that for “later”.

Which leaves the question of why not Hamlet.

I read the book to get a better idea.

It’s written in a clinical, dry style full of references, summaries, quotations. But do not be mistaken! Deadpan humour lies in wait behind every corner like an Axehandle hound, a hound with an axe for a face, or the T’ao T’ieh dog, a dog with one head but two bodies. Also, I note the inclusion of Á Bao A Qu, a creature seeking Nirvana (so why not a Prince of Denmark seeking revenge?), and Odradek, a flat star-shaped spool for thread created by Kafka (so why not a man created by Shakespeare?).

I’ll admit it, fine, perhaps if Hamlet had been endowed with a tail or horns or wings he’d have merited inclusion in the Imaginary Beings. But you have to wonder: of all the excluded things that could have been included in the Preface, why mention Prince Hamlet?

In researching this article, I discovered Borges’s collection of short stories Shakespeare’s memory, published a few years before he died, in 1983. Even though a summary is available on Wikipedia, I will wait to read it through myself, before judging whether therein lies an answer. (In short: you may expect a followup article on QQ.)

In the meantime, I dig deeper using available resources.

Imaginary beings, being imaginary, spread only through language. And if you speak English, Shakespeare’s words are hard to avoid. Roughly, Shakespeare is attributed with inventing or popularising approximately 1,700 words, which is around 7% of the vocabulary he used in his works and around 1% of the OED’s words in current use.

(Indeed, the ratio of Shakespeare’s vocabulary to the number of OED entries even including obsolete words and derivatives is 1:10, i.e. he used one in every ten English words someplace.)

Two further questions from the sceptic in me:

I proceed by example (most unscientific).

Word authorship is usually claimed by contributing the first recorded example in the OED. From the list of Shakespeare’s words, I picked a letter that looked exciting, say, e:

The most frequent word of those six is—surprise!—excitement, occurring in spoken and written English 27 times out of a million words. This translates to approximately 1,500 nouns that are more popular than excitement and about 125,000 that are less popular; so excitement makes it into the top 2% of nouns sorted according to popularity. (I used the frequency list published here.)

That answers question 2: excitement is not irrelevant.

Next I take a peek at the OED entry for excitement: the entry 3a, obsolete, cites the first example from Hamlet, line 4.4.49 (year 1604). My lucky day, given today’s Quote. Off the shelf comes the Oxford World’s Classics edition; I flip to the relevant scene.

But that scene has only ten lines!

I dive for Appendix A. Indeed, Scene IV.4 in the Second Quarto was longer than the version that made it into the First Folio published in 1623, and lines 49–50 say:

That have a father killed, a mother stained
Excitements of my reason and my blood

But wait, that’s excitements, a plural, which means: something that tends to excite (a feeling); a motive or incentive to action; an exhortation, encouragement.

We don’t use it as a plural any longer—the word has evolved, although via which pathways isn’t recorded in the OED—but it still counts as Shakespeare’s.

That answers question 1: attribution is a pleasant whitish sort of grey that passes muster in my book.

Curiosity has no bottom line, so let me end with a broad research topic in computational linguistics that I’d be curious to see addressed. (Special cases of which may have already been solved, were I to look in the right Journal. References anyone?) I’m deliberately sidestepping issues of authorship or stylistic analysis of Shakespeare’s work, which seem to be popular.

Wouldn’t you want to know?

Oh, come on, don’t roll your eyes, that was so much fun!

P.S. If you’re a Shakespeare expert and would like to correct my estimates, please do! I used Shakespeare-online, this Oxford Dictionaries article, and this frequency list to draw my conclusions. All errors of deduction from these sources are my own.

2 thoughts on “Playing Detective: Hamlet and the n-dimensional Hyperplane”