On setting down those first words, and on Augusto Monterroso’s story “Leopoldo (His Labors)”.

If you want to write, you should write. Otherwise you might become one of those people who are brimming with ideas, while perennially on the verge of penning a story.

Oh, but the writer’s block!

I fear the verge more than I fear the blank page. However, I do acknowledge there is an inherent resistance present at the beginning of any project. The mind, like the body, prefers stasis. That is why getting started with an activity is often a challenge, but also why once on a roll it becomes easier to stay on a roll.

The question is: what if you’ve been planning to write, planning and plotting and note-taking for days and weeks and even years, but it’s come to nothing because you haven’t thrown down that first word?

Augusto Monterroso wrote a short story exploring that situation. His thirty-four-year-old protagonist, Leopoldo, has been devoted to literature for half of his life, but seems unable to surmount that crucial first hurdle. In the Quote, Leopoldo is considering writing a story about the pecking order in corporate society.

Quote: He made a note that he needed to take notes, and he wrote in his notebook: “THE PECKING STORY. Visit two or three large department stores. Make observations, take notes. If possible, talk with a manager. Get into his psychology and compare it to a chicken’s.”

—from Leopoldo (His Labors), translation from the Spanish by Edith Grossman.

The psychology of a chicken. (Specificity.) 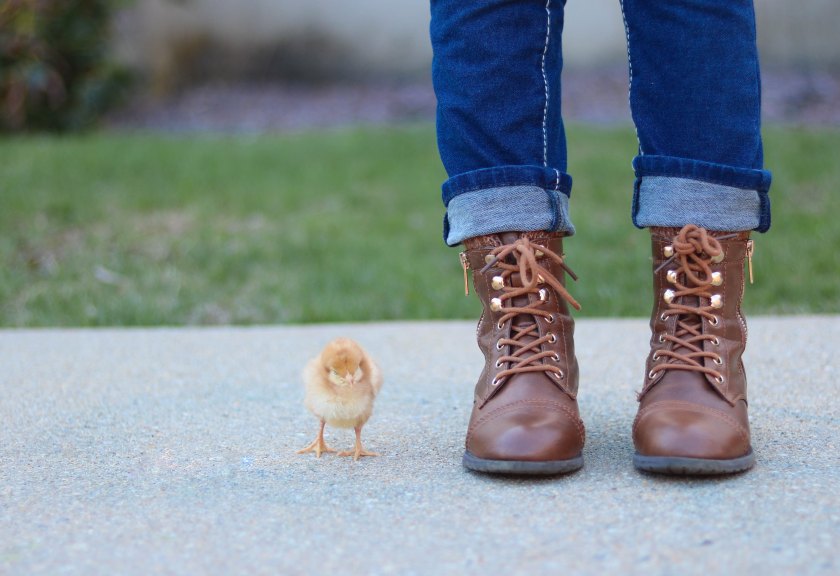 Specific details illustrate. They are the ones that show in the famed show, don’t tell.

I could have chosen other quotes that possibly better convey the universality of Leopoldo’s affliction, and there are many:

He did not like to write. He read, took notes, made observations, attended conferences, criticized bitterly the deplorable Spanish in the newspapers, solved difficult crosswords puzzles as a mental exercise (or for relaxation) …

…he was seized by deep terror when the time came to pick up his pen.

Those are familiar sentiments. But familiarity should be left to fluffy, worn jumpers on cold evenings—the interesting memories will come from the friends and flavours of hot-chocolate you spent those evenings with.

Indeed, specific memorable details can carry a whole story, even if it is as long as fifteen pages, which by Monterroso’s standards is a marathon. (The average length in Complete Works and Other Stories is three pages. A related fun fact: Monterroso is credited with writing one of the shortest stories, consisting of only seven words, before the Twitter era—in 1959. More about this next time.)

Polyptoton is the repetition of the same words, usually intended as wordplay. In the Quote we have note, notes, notebook, notes, which are not intended as humour per se, but as an emphasis of the recursive absurdity of Leopoldo’s procrastination. Likewise, suggesting a comparison between manager and chicken smacks of deeper metaphorical meaning, but (mostly) ends up reading as a literal, if striking, surrealist element.

I actually lied a little: Leopoldo did write bits and pieces, but he never made it too far because he had heard, or read, that Joyce and Proust corrected a great deal, so one couldn’t be expected to actually finish anything, not really, not today and not tomorrow.

7 thoughts on “The Writer Who Never Writes”

Leave a Reply to A Quiver of Quotes Cancel reply