Puns proliferate in titles. Allusions, alliteration, attention-grabbing sensationalism. Anything goes, so long as it attracts the reader to click on a link or peruse an article. Sometimes it’s cute, sometimes—and especially out of context and surrounded by ten other similar examples—it’s downright silly.

It sounds like a cunning ploy by the author or editor to market a text.

The next few posts will focus on the fun behind the titles of Nature Magazine. It’s taken me a while, but I’ve finally compiled a list of my favourites from the past nine months of their weekly editions.

If you are not a scientist, do not be alarmed—a PhD in neurobiology or astrophysics is not required. In fact, today’s post highlights the opposite: if you are a scientist reading Nature, you have to be conversant in literature or else you might miss the resonance hook when scanning the contents page.

The listed titles come from the print editions, so sometimes do not correspond exactly to the linked articles.

Reference: Edwin Abbot’s 1884 satirical novella Flatland: A Romance of Many Dimensions. It develops the idea of a two-dimensional society, Flatland, where women are lines and men are polygons. Regularity and multi-sidedness is praised (triangles are the lowest caste, near-circles the priests). The narrator is a square who dreams of both Lineland (a one-dimensional world) and Spaceland (a three-dimensional world). An intriguing read if you haven’t seen the idea before.

The Nature article is about condensed-matter physics and being able to study the phenomenon of ferromagnetism in a truly two-dimensional setting, that is, in “flatland”.

Verdict: Informative title; guessable without literary background, but helped with it. 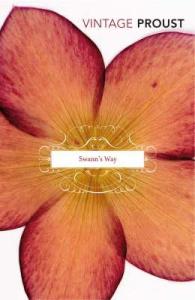 Title: In search of lost time.

The first volume, Swann’s Way, contains the oft-cited episode of how a madeleine dipped in linden tea induces an involuntary slew of memories. I’d like to conjecture that any self-respecting author will eventually succumb to the temptation of referencing this moment in their own work. I have no meta-literary evidence for this, but it amuses me every time I sense it coming from afar (look for memory and edible item).

An anecdote: I remember my husband reading me a certain passage from John Scalzi’s far-future military Sci-Fi novel, The Ghost Brigades, just after I’d finished Swann’s Way. Here’s the passage:

“But why didn’t the memories come back then?” Jared asked. “It happened when I was back on Phoenix Station, eating black jellybeans.”
“Remembrance of Things Past,” Wilson said.
Jared looked at Wilson. “What?”
“Actually, In Search of Lost Time is a better translation of the original title,” Wilson said. “It’s a novel by Marcel Proust. The book begins with the main character experiencing a flood of memories from his childhood, brought on by eating some cake he dipped in his tea.

At some point in that paragraph I exhibited my prophetic abilities: it could have been after the jellybeans that I said “Proust!” or after Remembrance that I said “cookies and tea!” Either way, my husband replied: “How did you know?”

(In fact, it’s so unusual to get a Proust reference that isn’t to do with madeleines & memory, that I did an appreciative triple take when Anne Carson wrote in Red Doc>:

With red pencil G / had underlined the / sentence where Proust / observes the momentarily / impaired surface of the / eye of a person who has / just had a thought she will / not tell you. It traces a / fissure in the pupil and / disappears back down its / own involuntary depths. / Watch the wake.

That’s Volume V. I really should read further than Volume I.)

All this to tell you that the Nature title is about cognitive neuroscience, and in particular, electrical stimulation not enhancing memory as expected.

Verdict: Even when viewed in a neuroscience context, the title is informative only if taken together with the literary connection to memory.

Title: The Shape of Things to Come.

Reference: The 1933 science fiction work of H. G. Wells of the same title. Wells speculates on the future.

The Nature article is about mathematics, in particular, topology and the 230 spacial structures of crystals (which once enumerated and studied could reveal new particles, deliver superfast transistors and even bolster quantum computing.)

Verdict: The title is a cute play on the word shape, if optimistic about the article’s vatic abilities. 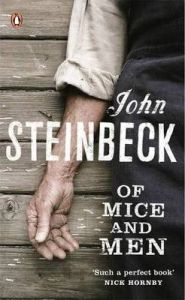 Title: Of rats and resilience.

Reference: John Steinbeck’s 1937 novella Of Mice and Men that tells of two vagrant farmhands during the Great Depression in the US. Steinbeck’s title came from a line in a poem by Robert Burns: The best laid schemes of mice and men / Often go awry.

The Nature article is on archeology in Polynesia, showing the resilience of the indigenous people: despite population pressures and food shortages that led to violence and cannibalism, the Mangaians survived by turning to taro farming, eel harvesting and eating rats! If anything, the thrust of the message is the opposite from Steinbeck’s; and the general message is unrelated.

Verdict: Nice try to play on a well-known title, but falls short of deeper connection.

Title: One ring to multiplex them all.

Reference: J. R. R. Tolkien’s 1954 The Lord of the Rings, and specifically, the inscription on the One Ring:

One ring to rule them all, one ring to find them,
One ring to bring them all and in the darkness bind them.

The Nature article is about optical physics and how high-speed communication using optical fibres (via which you’re reading this article) can be improved. In particular, how the hundreds of lasers currently used could be replaced with a single ring-like light-source. This is slightly disappointing: Tolkien means a ring, to rule nineteen other rings; not a ring-like structure to combine (the technical term is multiplex) hundreds of linear channels.

Verdict: The general idea is sound, and it works with only some vague knowledge of Tolkien.

Reference: George R. R. Martin’s fantasy series A Song of Ice and Fire (1996 and onwards), and concretely, the slogan of the House of Stark.

The Nature article is about science policy in Turkey, and how the government there should start creating a, shall we say, “warmer”, more welcoming research environment, if it wishes to fulfil its plans for science.

Verdict: A pure candy-cane phrase to hook the modern reader who is a fan of the HBO series.

Title: Publish houses of brick, not mansions of straw.

Reference: A well-known fable of the three little pigs each of whom built houses of straw, sticks, and finally bricks—the last being the most durable against the huffing of the big bad wolf.

The Nature article is a call for improving the reliability of scientific literature, by including fewer claims and more proof in research papers.

Verdict: Overwrought, but effective at conveying meaning even without the literary reference.

What are some of your favourite literary references in titles?

N.B. Title commentary and article summaries are my own—I have no evidence of intent from the editors of Nature, nor am I an expert in the various scientific fields. I welcome alternative interpretations or insights.

Leave a Reply to A Quiver of Quotes Cancel reply