The biographies of words are almost as riveting, embarrassing, profane, and lewd as those of humans—just turn to Mark Forsyth’s Etymologicon. The official book description is:

A Circular Stroll Through the Hidden Connections of the English Language.

Or, what happens when Humour takes Dictionary to bed and lets a writer spy on them.

Beyond that, a summary or analysis of such a book ends up being a mishmash of paraphrases and inferior humour. Instead, while I was tidying my reading notes, I marked up a number of passages that could stand on their own.

A bit on British weather:

A primer on how to speak with grace of the lesser human urges (euphemism):

A polite, even beautiful, word for foods that make your bottom quack is carminative.

One that makes me wonder about the reading list of the Archbishop of Canterbury:

Sadism had in fact been around for a while in French. The French writer Donatien Alphonse François Marquis de Sade was famous for producing horrid books about people being horrid to each other in bed. Really horrid. Catchy titles like One Hundred and Twenty Days of Sodom should give you some idea, but a clearer image of the nature of Sade’s work comes from the fact that in the 1930s a historian by the name of Geoffrey Gorer, who was researching the marquis, went to the British Museum to read some of de Sade’s works that were stored there. However, he was told by the British Museum that it was a rule that people were only allowed to read de Sade’s books ‘in the presence of the Archbishop of Canterbury and two other trustees’.

On the terrible injustices of nomenclatural history:

It was Guillotine’s kindness that got the machine named after him. You see, in pre-revolution France poor people were hanged, whereas nobles had the right to be beheaded, which was considered less painful (although it’s uncertain how they worked that out). So when the poor of France rose in revolution, one of their key demands was the right to be decapitated. 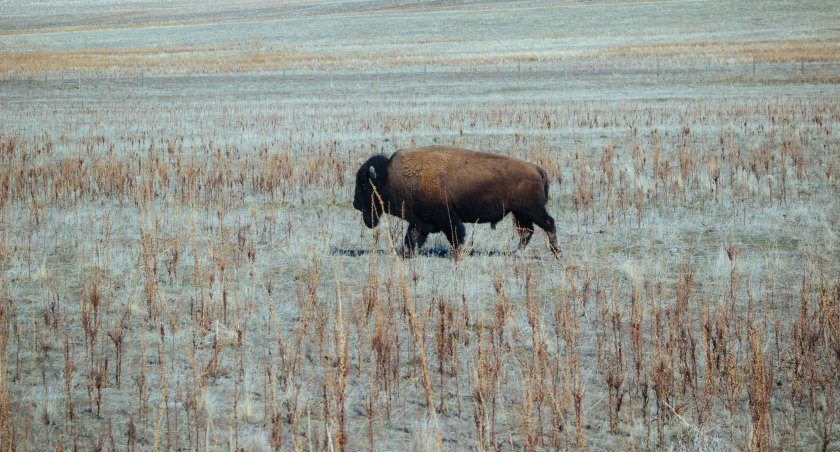 On us and buffalo:

European buffalo used to get killed skinned and the leather that resulted was therefore known as buff, or buffe leather. … An odd thing about buff leather is that it’s rather pale and, in fact, looks very like human skin. That’s why naked people are referred to as being in the buff, because it looks as though they are dressed in buff leather.

And instance of how buffalo stretch us linguistically to create the longest instance of extreme antanaclasis in English. (Buffalo as a noun, buffalo as a verb meaning to bully, Buffalo as a city in New York state):

It’s the longest grammatically correct sentence in the English language that uses only one word. Word buffs love it.

On how synaesthesia launched champagne:

According to legend (the beautiful elder sister of truth), champagne was invented by a Benedictine monk called Dom Pérignon who shouted to his fellow monks: ‘Come quickly, I am tasting the stars.’

One for my Australian readers:

If you were caught stealing a loaf of bread in early Victorian Britain you were sent to Australia, where there was less bread but much more sunshine. This system was abolished in 1850 when word got back to Britain that Australia was, in fact, a lovely place to live and therefore didn’t count as punishment. It was decided that lounging on the beach at Christmas did not produce what judges described as ‘a just measure of pain’

One that any word-lover should know:

The word dictionary was invented by an Englishman called John of Garland in 1220. But it wasn’t what we would call a dictionary; he had merely written a book to help you with your Latin diction.

One that any lover should know:

You may have heard that love in tennis is a corruption of the French l’oeuf, meaning egg, because an egg looks a bit like a zero. This is a myth. Love is nothing because those who do something for the love of it do it for nothing. For example, people either marry for money or connection, or for love. Love therefore became a synonym for nothing, because if you do something purely for love, you get nothing. By 1742 this notion of love being zero had been taken across to games and sports.

If you enjoyed that, you might consider reading his whole book—amazingly, he keeps the level of humour steady throughout.

Lastly, I must draw attention to a personally relevant word I learned from The Etymologicon: quotationist. It means what you think it means and perhaps it should have been a contender for the name of my blog. Oh well, too late now!