On reading Spinoza’s “Ethics” and how to stay focused while working through difficult non-fiction.

Different books offer different pleasures and not all of them end in heart-thumping affect.

Some books are initially overwhelming—like, for me, Knut Hamsun’s Hunger—and require a modified, laterigrade approach where I half-squint, half-sidle down the page, and whenever it gets too much, I write a comment to release a part of the emotional pressure.

Some books are initially underwhelming—like, for me, Spinoza’s Ethics—and require a modified, porpoising approach where I jump in and out of the page, searching for connections and meaning.

In both cases a creative persistence is needed, and ultimately rewarded (if anything, rewarded more than when reading a middling potboiler that ticks all the boxes).

When books are deemed “tough”, it’s because they require a new coping mechanism from the reader: a different approach from chapter to chapter, a modification of reading goals mid-chapter, and (gasp!) actual thinking while reading.

Escapism—of the kind where you plop yourself on the massage table in an all inclusive resort, become dough, and forget the hands that knead you—it is not. When a book gets tough the bar serves glasses full of pebbles, the air smells of an end-of-year exam hall, and the band plays an industrial hard-metal version of Stravinski’s The Rite of Spring.

Most people riot, then get up and leave.

However, a tough book is also a challenge, and one which can still bring the pleasure of “flow”—a psychological state where man is so well-matched to mission that the world’s problems fall away. Benedict de Spinoza was a seventeenth century Dutch philosopher known for contending that there is a single self-sufficient, infinite, and infinitely-inclusive substance which he identifies as God or Nature. In Ethics, he argues that mankind’s ideal life should consist of reflecting on the affects (he recognises the necessity of their motive power), as well as, an active life pursued in accordance to rational conclusions.

Spinoza’s exposition uses an axiom-definition-proposition-demonstration-scholium approach (the Geometrical Method) modelled on Euclid’s Elements. At first Ethics reads like a mathematics textbook, but without the unwavering, precise grounding in tight definitions, especially in the technical first part. Later, though, there are some surprisingly modern-sounding segments, such as the following.

It is the part of a wise man, I say, to refresh and restore himself in moderation with pleasant food and drink, with scents, with the beauty of green plants, with decoration, music, sports, the theater, and other things of this kind, which anyone can use without injury to another. For the human body is composed of a great many parts of different natures, which constantly require new and varied nourishment, so that the whole body may be equally capable of all the things which can follow from its nature, and hence, so that the mind also may be equally capable of understand many things at once.

When we take up a book, we have certain expectations, usually derived from a preliminary pigeonholing of its contents: we open the covers in the hope of a certain experience (entertainment, knowledge, combinations thereof).

My expectation of Ethics: get acquainted with the outlines of Spinoza’s philosophy.

Having enthusiastically read the Introduction, I dove into the first few pages of Part One and…

… found them impenetrable. I plodded onwards through the rigid structure, but after a few pages I realised a sentence-for-sentence understanding would take unpractically long and yield too little. The traditional approach of left-to-right reading would not meet my expectations.

So I changed my approach.

I skipped Part One, except for the summary at the end. I read the definitions and axioms of Part Two but without bothering to memorise them. Next I started on the propositions of Part Two: I would respectfully read them and ask myself: Does this apply to anything in my experience? Occasionally there were examples between demonstrations, and I’d latch onto those and then work my way backwards until I felt satisfied I understood the gist. Then I’d summarise the gist in three to five words next to the proposition. Repeat.

Does this mean that by the end of the book I mastered Spinoza’s philosophy? No.

Does this mean I misunderstood arguments and statements? Some of them, certainly.

But, importantly, my expectation was met: I had an enjoyable, interactive experience in dialogue with Spinoza and I learned as much about his work as I expected in the given time.

More importantly, as a result of a positive experience and positive knowledge gain (do not underestimate the power of familiarity with the shape of a text, or even just the illusion of familiarity), I will happily tackle Kierkegaard or Schopenhauer or whoever I decide to read next. Because I know I can work it out.

Reading some subjects remains a velleity for a lot of people because of the steep thorny hill of big words and complex thoughts they have to face in the first instance. Taking a three-year degree in Philosophy is one way to get over the hill, but not the only way. I’ve decided to claw up the slopes, one honied talon stab after another.

Most importantly, I developed yet another method for tackling a text—that was Spinoza’s meta-lesson for me. The larger my arsenal of methods the more creatively I can adapt them when I meet other unapproachable texts. 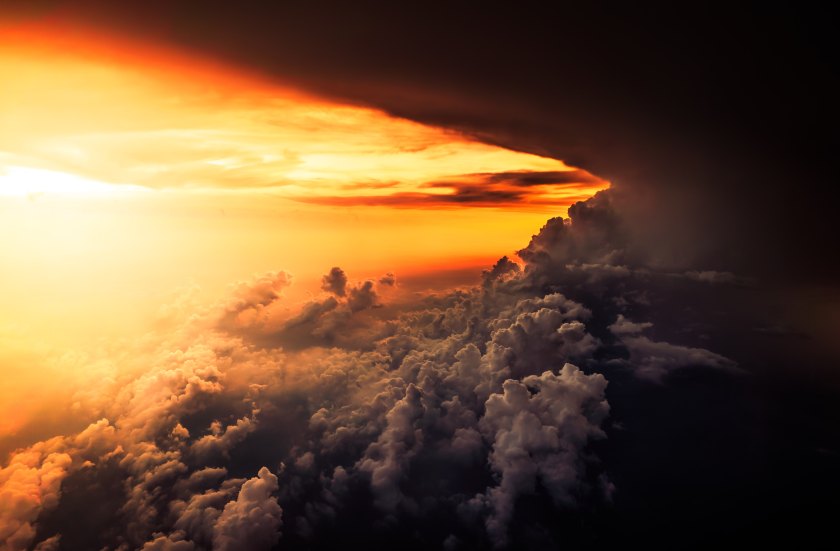 Boredom is a lack of continuous, structured entertainment. Usually, a book guides your focus from interest point to interest point, but if it fails—and you’re still keen to “break it in”—it’s up to you to tie your straying thoughts to the text. Here’s how:

In summary, when the going gets hard, you loosen up.

(What I’ve described is a well-known process: learning by trial in the deep end: persistence, adaptation, acceptance of imperfect form, and ultimately fun, then joy in achievement.)

That said, if you’re looking to read a first serious book on philosophical thought don’t pick something abstruse if you can help it. For example, I’d recommend Hannah Arendt’s The Life of the Mind as a starting point. Not only does it contain an incidental survey of Philosophy (the best kind!) but it’s eminently readable, enjoyable, and it discusses how the mind’s chief faculty—Thinking—carves out its temporal existence in the “forever now” and gives rise to our self-consciousness (as well as to Willing and Judging). The Mind does indeed lead a rich life, and sometimes seemingly richer than its bodily counterpart.

Knowledge of Mind (or should I say: Love of Knowledge, the philo of sophia) is the first step towards an ethical existence, regardless of the ideal you aspire to—be it Spinoza’s or of your own devising.

As the Ancient Greeks put it: Know thyself.

3 thoughts on “How to Surive a Tough Book: Philosophy”