The difference between point of view (POV) and viewpoint (character), and an analysis of Julio Cortázar’s “Blow-up” that switches between first-person to third-person narratives with a fixed viewpoint.

It’ll never be known how this has to be told, in the first person or in the second, using the third person plural or continually inventing modes that will serve for nothing. If one might say: I will see the moon rose, or: we hurt me at the back of my eyes, and especially: you the blond woman was the clouds that race before my your his our yours their faces. What the hell.

—Julio Cortázar, Blow-up (translated from the Spanish by Paul Blackburn in Bestiary)

As introductory paragraphs go, explicit indecision about point of view comes high on my list of attention-grabbing gimmicks. Especially when stated so honestly. The last thing a narrator wants to do from the onset is state their own ineptitude.

Unless the clumsiness, the cluelessness, the fracturing of character is a game of deception relevant to the message. And boy do I want to hear that message! It’s likely to be bold, deep, and disruptive—otherwise it wouldn’t survive the bruising journey through opaque linguistic waters.

But before you get all outraged about this ludicrous pronoun game, consider the dilemma all writers face occasionally.

But before we get all outraged about this ludicrous pronoun game, let us consider the dilemma all writers face occasionally.

But before one gets all outraged about this ludicrous pronoun game, one should consider the dilemma all writers face occasionally.

The pronoun game is real even for the puny blogger.

Each version slants the statement differently: you addresses you, dear reader; we puts me, the author, and you, the reader, on the same side; one tries for neutral and formal.

If blogs have the freedom of choice, other specialised areas have accepted norms. For example, scientific texts mostly eschew I, as too personal and biasing, and often resort to we, which can mean we, the author(s) of the text, or we, as in me, the author, and you, the reader.

Of course, an ocean or two separate Cortázar’s we hurt me at the back of my eyes and the convenient swapping of you-we-one-I every few paragraphs, but it’s worth remembering that even prosaic texts have to resolve this issue (and often do so unsatisfactorily).

Before moving on, I’d like to sort out a possible confusion in terminology: point of view, shortened to POV, and viewpoint (character) are not the same thing to a writer.

(Sloppiness, or editing for elegance and word count, often equates the terms. I’m as guilty as the next person.)

It’s easiest to demonstrate the difference.

Situation: a mother is buying her young son a treat at an ice cream stall.

You can write in first person (a point of view) from at least four different viewpoints:

You can also write from the same viewpoint using first person, second person, third person, and omniscient (four different points of view). My viewpoint character is the little boy:

(Grammatical tenses are a complex tool in a different toolbox.)

The ice cream example illustrates that point of view and viewpoint character taken together exert a freakishly strong—and frequently underestimated—influence: they deliver varying facts and opinions in varying tones. They define the reader’s experience.

Let me unify point of view and viewpoint under the term narrator-slant. 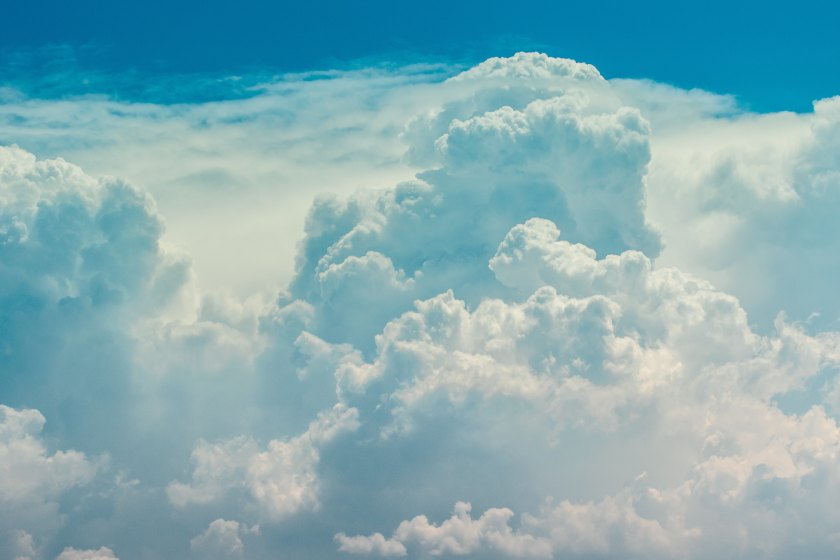 Returning to the Quote and its dilemma. In the first paragraph of his story, Cortázar seemingly alerts the reader to his insecurity, but actually states the thesis of his story: narrator-slant is one way to explore reality, watch me do it.

If you were worried about a raucous party of pronouns obfuscating the storytelling in Blow-up, don’t be.

Last time I discussed a story of Cortázar’s that kept up the exotic we point of view throughout, but switched between the two constituent viewpoints (him and her). That was soul-splitting.

In Blow-up, it’s the other way around.

Cortazár drops the pronoun debate after a page and then consistently alternates between two points of view, first person and third person, while sticking to a single viewpoint—that of the protagonist Michel. This is soul-searching (I’m me on the inside, then I’m me from the outside).

The sentence level flipping between points of view creates a unique, blended narrator-slant that Ursula K. Le Guin warns us about in her book on the craft of writing. 1 The Godly Americanism of this quote always surprises me anew—but that’t not the point.

Shifting between first and third person is enormously difficult in a short piece. … So my general feeling is, if you try the first-to-third shift, have a really good reason for doing it, and do it with great care. Don’t strip your gears.

I don’t know about the God-given rights of dead Argentine writers who had lived in Parisian self-exile, but Cortázar knows what he is doing, does it in a short piece, and has a good reason.

Yes, so what? I can hear you hankering for plot and existential relevance.

The protagonist of Blow-up, Michel, photographs an outdoor scene involving a teenager talking to a woman, while a man surreptitiously observes from his car. Michel interprets the scene as a solicitation of a certain type, is spotted by the participants, and therefore becomes involved in the, ahem, frame of the shot. Later, when he develops the film and blows up the shot multiple times, he is absorbed in reinterpreting the plot and affecting it all over again.

The soul-searching narrator-slant addresses a number of rifts and discrepancies of life. At only eleven pages long, the story packs in a surprisingly long list of ideas (and it’s not exhaustive): 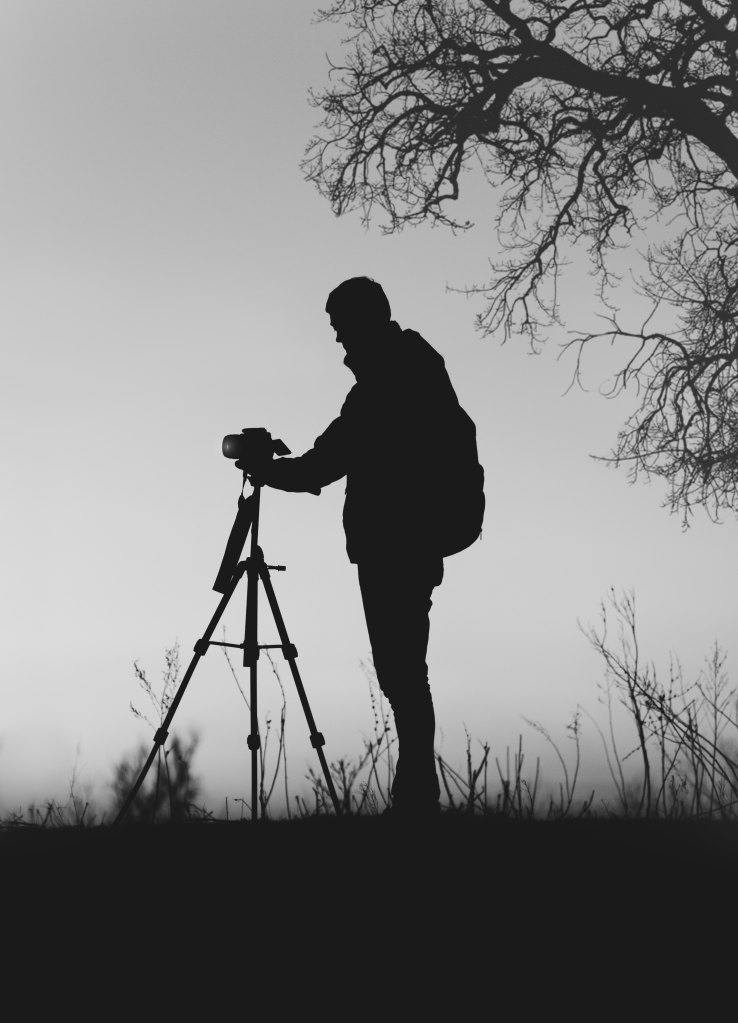 Aside from the experimental aspect, Blow-up contains some of the most beautiful quotes I’ve encountered in Cortázar’s stories.

[On why we tell stories about curious, unusual events, like this one]:

…after all’s done, nobody is ashamed of breathing or putting on his shoes; they’re things that you do, and when something weird happens, when you find a spider in your shoe or if you take a breath and feel like a broken window, then you have to tell what’s happening, tell it to the guys at the office or to the doctor.

I raised the camera, pretended to study a focus which did not include them, and waited and watched closely, sure that I would finally catch the revealing expression, one that would sum it all up, life that is rhythm by movement but which a stiff image destroys, taking time in cross section, if we do not choose the essential imperceptible fraction of it.

[On the quality of sky in a picture]:

…the sky as sharp as the stone of the parapet…

Michel is guilty of making literature, of indulging in fabricated unrealities.

In Blow-Up, clouds are a persistent parenthetical leitmotif, as well as the backdrop. Their presence keeps questioning how much we can ever truly capture a moment in a still frame (or any frame). Do you capture a cloud’s essence, if you capture one of its outlines?

Now there’s a big white cloud, as on all these days, all this untellable time. What remains to be said is always a cloud, two clouds, or long hours of a sky perfectly clear, a very clean, clear rectangle tacked up with pins on the walls of my room.

Before you go, I should say that it’s actually the type-writer—yes, the machine—who interjects these comments about clouds into the narrative of Blow-up.

Or maybe it isn’t.

That’s the charm of such a rich narratorial-slant: no matter what anyone else says, you still have to read the story for yourself and weave your own interpretation.

3 thoughts on “Narrator-Slant and Pronoun Games”