On shape-shifting creatures, and in particular on Franz Kafka’s Rotpeter in “Report to an Academy”.

Fantasy bears many children and loves them all, heads, tails, wings, jaws, beaks, two legs, four legs, five and an input console. Magic and technology marry to make aliens; words (e)merge to make new monikers. A complete classification of templates may be impossible, but spotting patterns can be fun as a reader and helpful as a writer. 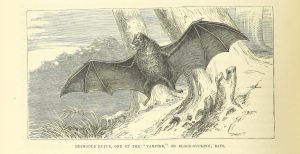 Dracula and the vampiric model come to mind: man, cloud of bats, mist. The fictional traits of blood-suckers in fiction are tabulated extensively on Wikipedia.

Evil masquerading as good or the duality of the two is well-suited to flipping between forms like in Stevenson’s Strange Case of Dr Jekyll and Mr Hyde.

More recently there’s Pennywise the Clown form Stephen King’s It, Mystique from the X-Men Comics, Terminator from Hollywood, and all manner of decanting from body to body, like in Richard Morgan’s Altered Carbon.

However, mythologies did it first. Ovid’s Metamorphoses is titled after the numerous transformations the Roman gods performed while wooing, avenging, defending. They also metamorphose mortals into trees and flowers, but those are permanent changes—and a key feature of shape-shifting is the reversibility of the transformation (as well as the permanence of a core identity).

Further back and elsewhere, the Norse have Loki, the Chinese have the nine-tailed fox, and the Greeks have Zeus who is the master of the creatively salacious endeavour: he took Leda as a swan (she bore Helen of Troy), Europa as a bull (she bore Rhadamanthus who became known for Rhadamanthine justice), Ganymede as an Eagle (Ganymede is the cupbearer on Olympus, so he, er, bore cups?). Amongst many others, Zeus came to Danaë as a shower of gold that poured through the roof into her lap and she bore him Perseus, the Medusa slayer.

Let’s pause at the shower because it’s rather unique. Whilst Dracula may become all creeping mist, Zeus’s particular raindrops were rather more (disturbingly) virile, though presumably quite glorious to behold. Indeed, a number of painters have imagined the scene: Correggio, Titian, Rembrandt, and Klimt to name a few. You can see them here; Titian’s is the one I used to illustrate the post. 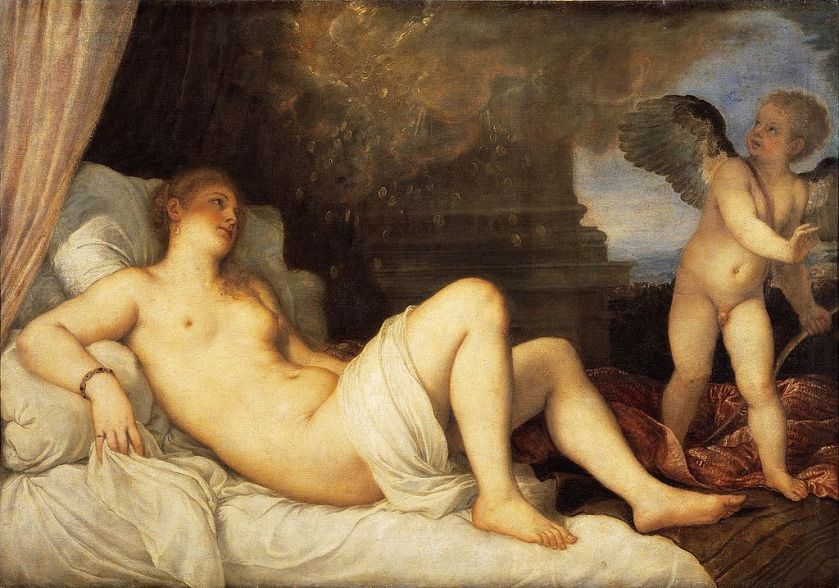 Of course, the most protean of the Greek gods was Proteus himself, whom Odysseus had to capture and interrogate on his way home from Troy. Proteus took all possible forms trying wriggle his way out of Odysseus’s grip, before he gave in and spoke his secrets.

That’s just the ones I remembered, but the list goes on.

Now, to Kafka. The Metamorphosis doesn’t count because Gregor Samsa becomes vermin (against his own will) and stays vermin. However, A Report to an Academy (1917) is an exposition of a less physiological and more behavioural shape-shifter. It begin with the following lines (translated by Willa and Edwin Muir):

Honored members of the Academy!

You have done me the honor of inviting me to give your Academy an account of the life I formerly led as an ape.

The ape goes on to describe how he was shot, held captive, transported in a cage, and how through mimicking his handler he set out on the path to becoming a man. First he learned to spit like a man, then to smoke, then to drink schnapps though he found it most revolting.

The story gives meaning to the verb to ape, because ape he does, and so successfully that he is accepted as a member of the human race—if one who constantly needs to keep up his aping.

With an effort which up till now has never been repeated I managed to reach the cultural level of an average European. In itself that might be nothing to speak of, but it is something insofar as it has helped me out of my cage and opened a special way out for me, the way of humanity. […] There was nothing else for me to do, provided always that freedom was not to be my choice.

As with many of Kafka’s stories, you can dig about for references: is it about evolution, is it about devolution from the natural state, is it that only banal vices of the flesh differentiate man from ape? Is it about slavery, adaptation, or the Stockholm syndrome where the captive allies himself with the captor in a desperate psychological shift?

Whatever it is, it is about the shifting from one state to another and the battle (or reasons) against shifting back. 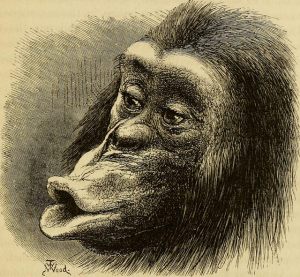 The story has a sequel, A Report to an Academy: Two Fragments (translated by Tania and James Stern), which wasn’t published during Kafka’s lifetime. It is told from the viewpoint of someone visiting the ape, and the ape now has both a name (Rotpeter) and a definite taxonomical genus (chimpanzee).

The narrator says during his visit:

When I sit opposite you like this, Rotpeter, listening to you talk, drinking your health, I really and truly forget—whether you take it as a compliment or not, it’s the truth—that you are a chimpanzee. Only gradually, when I have forced myself out of my thoughts back to reality, do my eyes show me again whose guest I am.

The narrator’s words are an expression of prejudice wrapped in a compliment. In fact, generally speaking, the object of any prejudice takes up a shape-shifting character in the mind of the beholder.

In fiction and fantasy—as in life—the forces of prejudice, jealousy, inherent distrust of unstable forms, and fear of the unknown oppose the power of a shape-shifter to appear as they choose. In a story, this opposition will nuance interactions, if not drive the plot itself.

One thought on “Imaginary Creatures: Shape-Shifters”