On the stranger illustrated words beginning with the letter B in the 1979 Merriam Webster’s Dictionary.

The bail of custody, the bail of deliverance. The bail, as an outer wall of a feudal castle. To bail a free spirit is to confine it. A bail as a container used to bail a boat, therefore freeing it from a build up of water on its interior.

That is roughly six meanings of the word bail given in the 1979 Merriam-Webster Dictionary.

The seventh meaning of bail or bale has the largest number of specific senses, which mostly centre on a curved iron part used in everything from wagons and small boats to the trunnions of a cannon to the tympan sheet in a platen printing press. Lastly, though, a bail is:

the usu. arched handle of a kettle pail, or similar vessel. 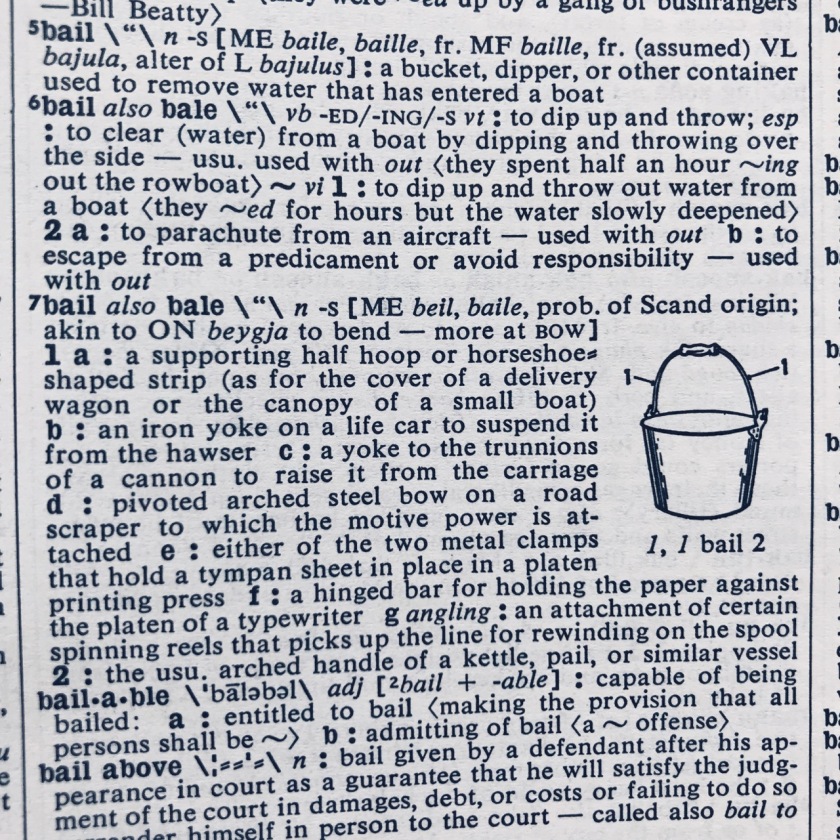 As curved handles go, my preference lies with the more mouth-rounding boul or bool, which you’d use to refer to the semicircular grip of a teapot or of a pair of scissors. This word, however, did not merit a picture, so I move on with my exploration of illustrated b-words.

Here are few more obsolescent, if not obsolete, visualised entries (the ones I like to call bygones). 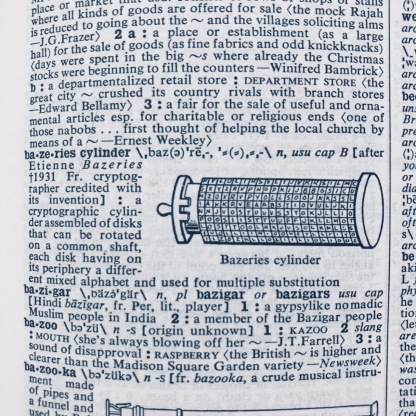 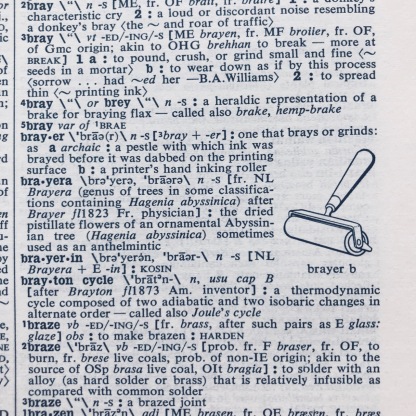 The sartorial: bretelles and bertha and (Russian) blouse, and baldric. 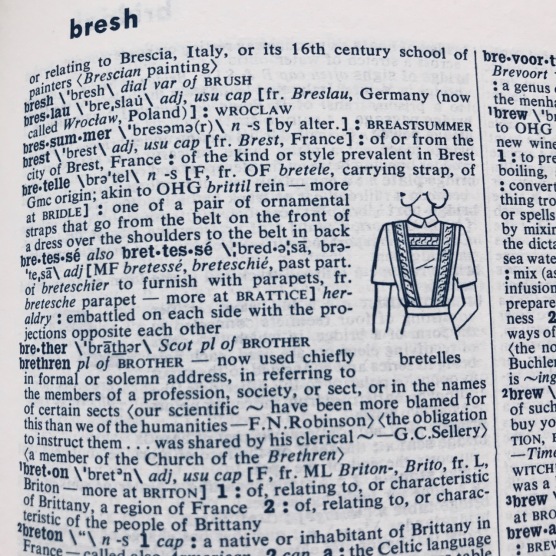 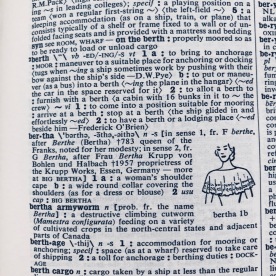 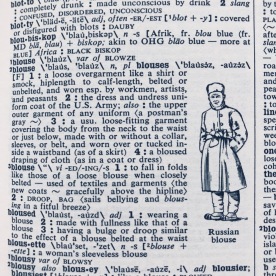 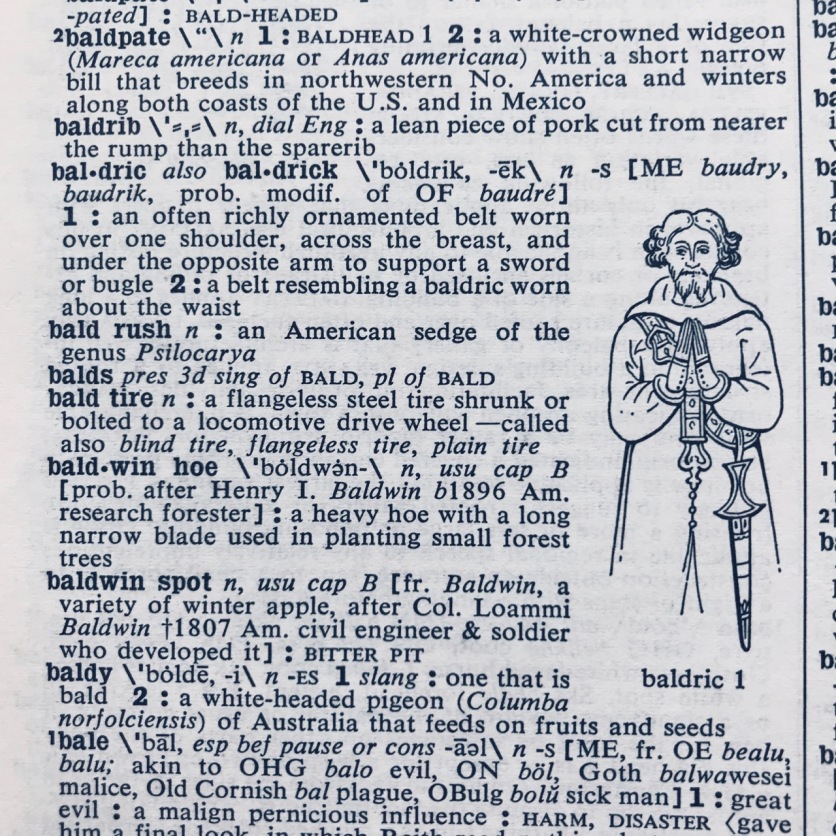 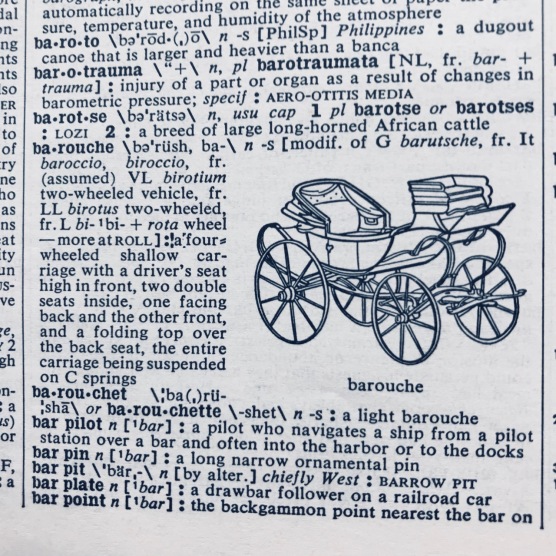 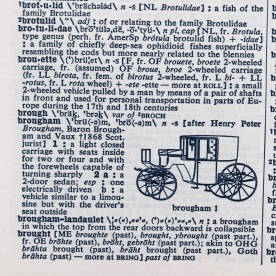 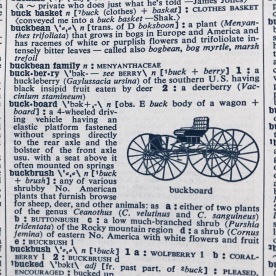 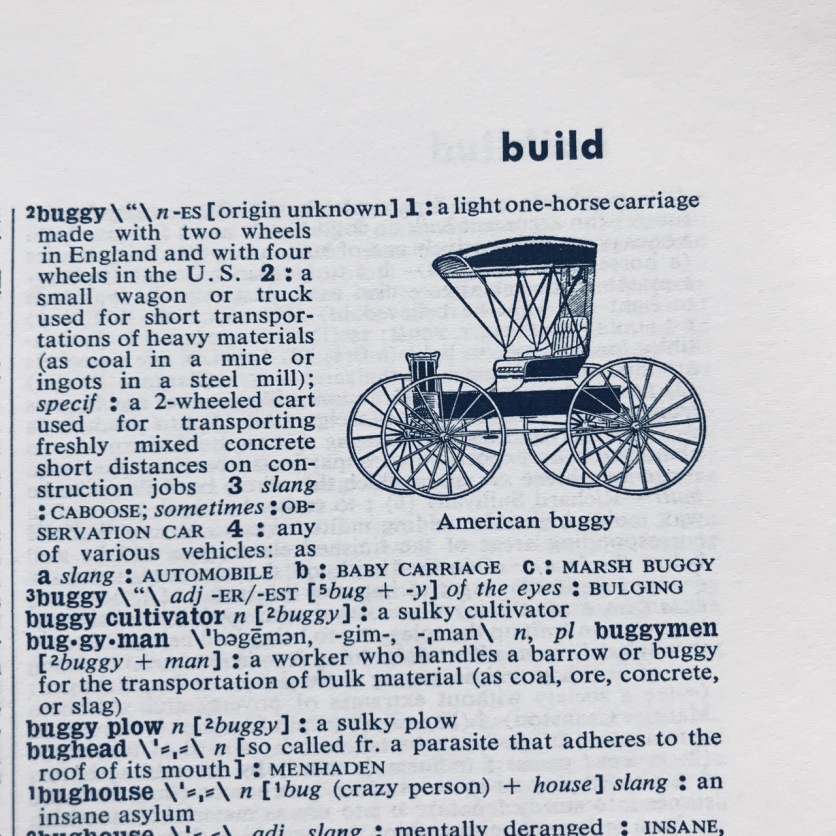 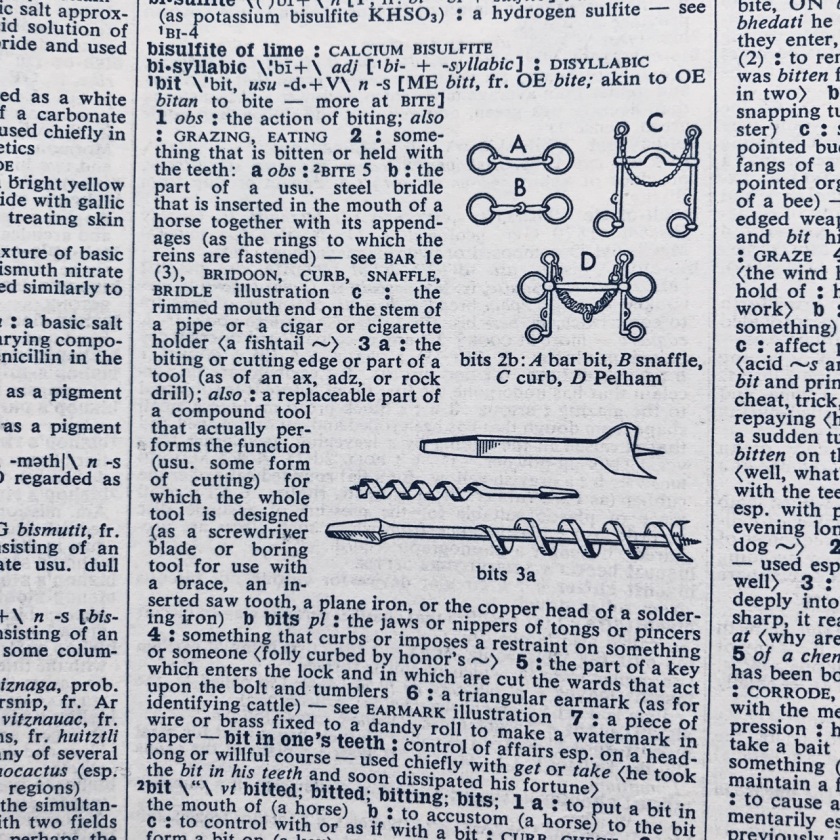 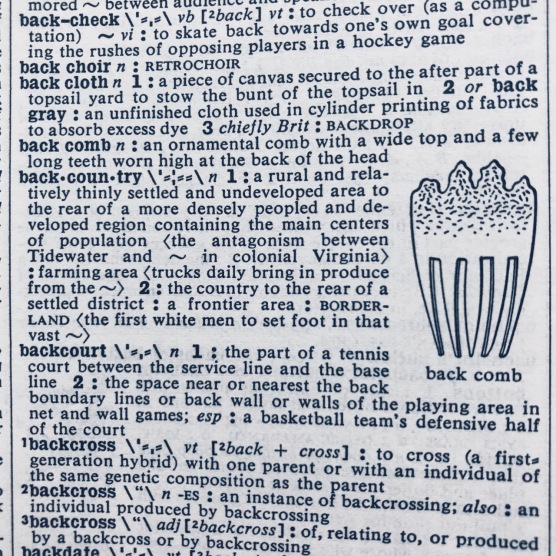 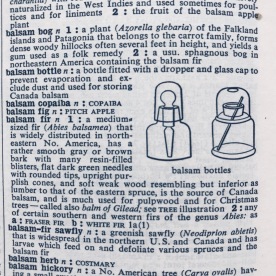 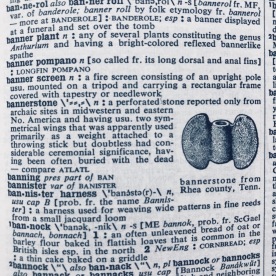 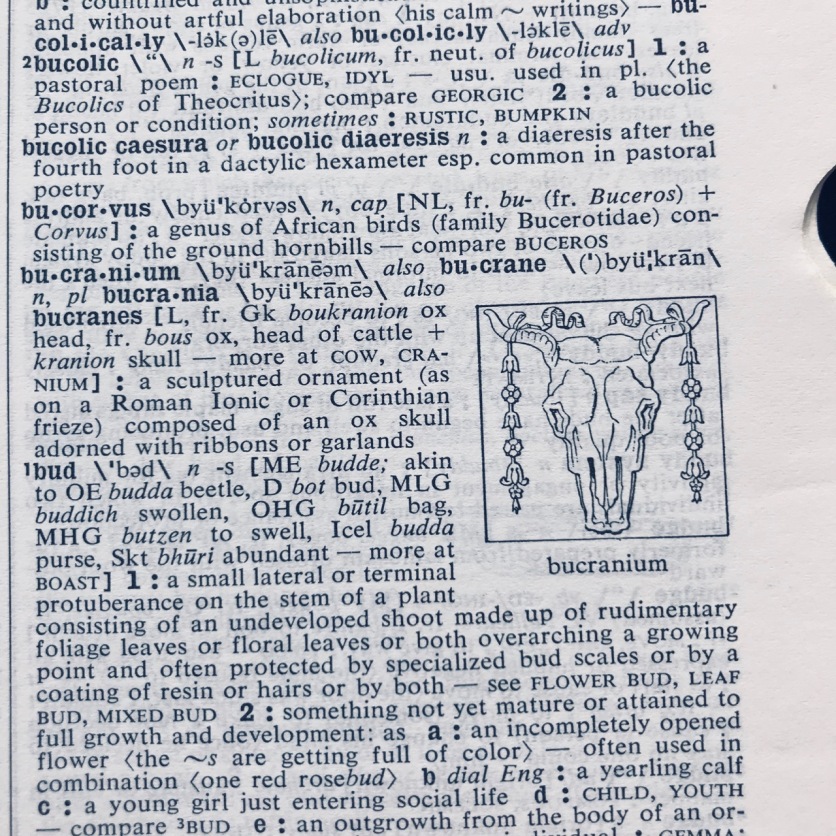 Finally, here is another word like bail, whose illustration hardly seems obvious.

Boat, as in, boat-shaped utensil for gravy or gravy boat. 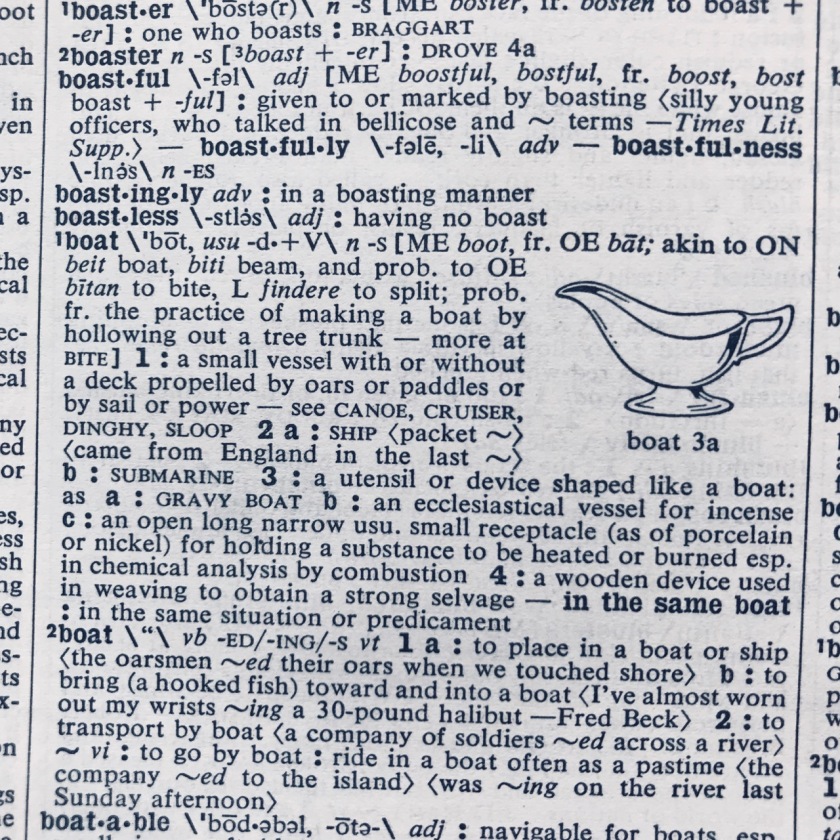 Whoever commissioned and selected the illustrations must have revelled in eccentricity. I see no other reason for the gravy boat.