On Gabrielle Wittkop’s “Necrophiliac” and the questions in raises.

This post stands in the controversial shadow of its title.

You have been warned.

Quote: Sex is spoken of in all forms except one. Necrophilia isn’t tolerated by governments nor approved by questioning youth. Necrophiliac love: the only sort that is pure. Because even amor intellectualis — that great white rose —waits to be paid in return. No counterpart for the necrophiliac in love, the gift that he gives of himself awakens no enthusiasm.

Should every gap in the literary offering be plugged with a high-brow treatment?

I’d say no, because every is too broad a requirement. But some gaps do need the occasional thoughtful contribution. Necrophiliac was Wittkop’s, and she wasn’t shy about it.

Rewind a couple of centuries, and we find one of her literary forefathers: Marquis de Sade. He plugged a gap of his own, but in a savage, largely unpalatable, and tedious manner. For example, his 120 Days of Sodom runs close to four-hundred pages, and just the opening few contain enough brazen graphic violence to put off most people.

The Necrophiliac isn’t like that. It’s ninety pages, written in first person, from the point of view of a sensitive, poetically inclined protagonist. Readers always have to work harder to condemn the narrator in whose head they ride—Wittkop knew what she was doing. END_OF_DOCUMENT_TOKEN_TO_BE_REPLACED

On mixing metaphors in a quote from Gabrielle Wittkop’s “Exemplary Departures”. 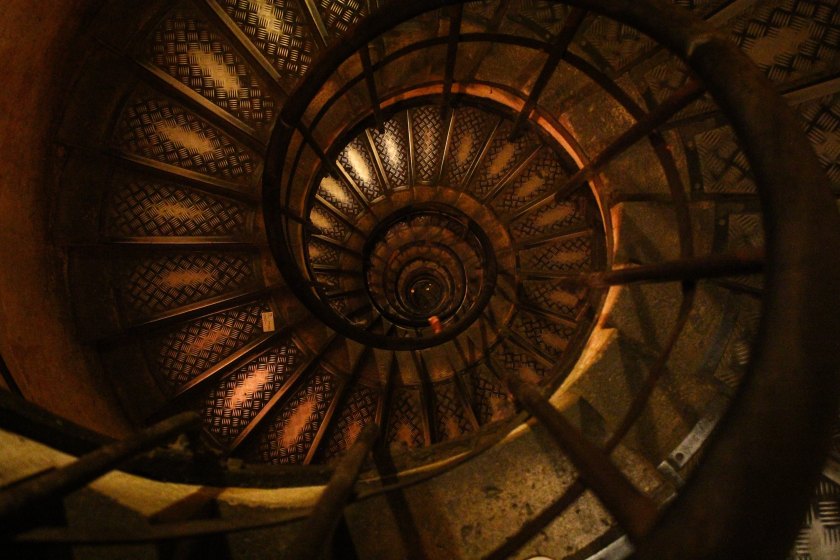 Metaphors are charming, scenic shortcuts to multiple layers of meaning. But they’ve got a dark side that scares people or perhaps doesn’t scare them enough—depending on how you look at it.

Once fresh, but now clichéd metaphors are best avoided in creative writing. (Dead metaphors in the sense of those whose meaning has shifted are something else and can, with care, be put to good use.)

We’ll burn that bridge when we come to it.

Malaphors blend two phrases or idioms. They’re humorous, but hardly appropriate in an original piece. (The label itself is a portmanteau, or a blend, of metaphor and malapropism.)

Her learning capacity towers over yours; I bet you she can bridge any knowledge gap in under a month.

Mixed metaphors are more general malaphors, but without the humour. They combine different metaphors in incompatible ways: how can a capacity tower, or then be used to bridge? Sure, we get the message, but the clash draws attention to itself.

Clichéd metaphors can be avoided by not writing down what first comes to mind and malaphors are more often spoken mistakes than deliberate constructions. Which leaves mixed metaphors. They may not be as obviously jarring as my example. In fact, the more complex or original or dense your metaphors, the more difficult it is to judge whether what you’ve written coheres.

Getting the opinions of a few friends helps.

Studying examples packed with metaphors also helps. So let’s do that. END_OF_DOCUMENT_TOKEN_TO_BE_REPLACED

On stories where you know the protagonist dies at the end, and quotes about death and rebirth from Gabrielle Wittkop’s “Exemplary Departures”.

The hero dies at the end.

Suppose you know this from the moment you pick up a book. The suspense of “what’s ultimately going to happen” has been taken away from you. Worse, you’ve been told the ending is fatal. So why read a dreary tale?

At least two popular types of books start with the death premise: biography and tragedy. All-encompassing life stories have an inescapable birth-to-death trajectory, while the (classical) tragic drama will likely be lethal for the protagonists.

Then come books that have had their ending “spoiled”. Maybe it’s a history book, and you’re familiar with the outcome of the events it describes. Maybe you’ve seen the film. Maybe you’ve been told. This list is individual to each person.

I would read any of the above for the literary merit or the linguistic enjoyment (or because I needed information)—and not to revel in the plot. How about you? I have met at least one person who claimed she always started a thriller by reading the last few chapters; that way she knew where the novel was headed.

To each their own.

Next, we move into the fictional realm where the author controls your perception. For example, a cryptic opening scene may imply the hero will die (so you read on hoping that’s not the case), or it may depict a memorable death of someone who you find out is a false protagonist (a minor character who’s gratuitously killed off to make a point).

Finally, the most outrageous giveaway are the title and the blurb, like in Gabrielle Wittkop Exemplary Departures (1998), which contains five novellas depicting deaths under extraordinary circumstances. (I’ve also noted the young adult novel They Both Die at the End by Adam Silvera. I’m curious to see how that one pans out.) END_OF_DOCUMENT_TOKEN_TO_BE_REPLACED