On Joe Orton’s collected works, and a selection of quotes from his “Loot”.

I discovered Joe Orton in a second-hand bookshop, on the bottom shelf, between a travelogue and a potboiler thriller. The front cover featured a cubist grotesque, while the back cover showed a man in his early thirties, crisply sunburnt, sitting back on a patio folding chair wearing nothing but an amused smirk and a pair of decidedly front-and-centre white briefs, fashionable half a century ago. He’s looking at the camera as if to say: “What you see is only the tip of what you’ll get.”

The mixed metaphor, the innuendo, and the natural smugness are a comedic staple—black comedy in his case. The picture spoke to me. I placed a coin on the counter and the yellowing, 1987 copy of his life’s work became mine.

(Orton, English playwright and etymon of the word Ortonesque, was bludgeoned to death by his partner in 1967, at the age of 34, only a few years after his commercial breakthrough.)

It’s always poignant paying virtually nothing for all that somebody’s left behind, though I suspect that’s not what got me the awkward smile from the cashier who rang up the purchase.

As it turns out, a preposterous dismembering of sensibilities—hinted by the book covers—is just the beginning of what follows. END_OF_DOCUMENT_TOKEN_TO_BE_REPLACED

This is how Christmas unravels for you.

When my post World Building ballooned, I had to omit a fun little essay I’d prepared: the words in italics are all the literary words from Forsyth’s Horologicon (picked out from around 300 general, old-fashioned words scattered throughout his book) and then fitted into a compressed, sensible-ish narrative. Of course, I do a much poorer job than him at generating coherency and humour, but do give me some credit for effort.

Although, in a week or so, there’ll be a post on effort, so perhaps don’t judge me yet.

For those who didn’t read the previous posts: Surfle is the cutest puppy. He’s imaginary.

— deep breath now, this is how Christmas will unravel for you —

Tacenda are things that ought to be left unsaid (like aspiring secrets), especially if they’re some nifandous atrocity. But if pressed to confess your crime (who ate the Christmas cake early?), you may attempt to obnubilate the details in a bluster of words, or if your confederate is present (Surfle), then the two of you can constult and play at being fools. If that also fails, you may try to discept by differing, disagreeing, debating (it wasn’t my imaginary pet, but yours). Lastly, you can accuse your colloquist of searching for your dirty laundry because they’re secretly a rhyparographer who writes about distasteful topics (how you keep all the wrapping paper from last year labelled with names so you can reuse for a different relative this year).

Don’t forget to interjaculate at every opportunity. Defined as to interject an ejaculation. (Best done at the dinner table with your mouth full.)

END_OF_DOCUMENT_TOKEN_TO_BE_REPLACED

The biographies of words are almost as riveting, embarrassing, profane, and lewd as those of humans—just turn to Mark Forsyth’s Etymologicon. The official book description is:

A Circular Stroll Through the Hidden Connections of the English Language.

Or, what happens when Humour takes Dictionary to bed and lets a writer spy on them.

Beyond that, a summary or analysis of such a book ends up being a mishmash of paraphrases and inferior humour. Instead, while I was tidying my reading notes, I marked up a number of passages that could stand on their own.

A bit on British weather:

A primer on how to speak with grace of the lesser human urges (euphemism):

A polite, even beautiful, word for foods that make your bottom quack is carminative.

One that makes me wonder about the reading list of the Archbishop of Canterbury:

END_OF_DOCUMENT_TOKEN_TO_BE_REPLACED

Humour is one of those things that you recognise about the time it makes you smile. Most people would rather enjoy it than figure out its rhetorical secrets. But there’s good reason to make an effort: not everyone is born a humorist, and I believe that those of us left without the gift can still learn to throw a joke, the way even the worst apprentice learns to throw a pot—it may be a laughing stock, but it’ll hold water.

Don’t let the first line of the Quote throw you.

Quote: Practically everyone is a manic depressive of sorts, with his moments and his down moments, and you certainly don’t have to be a humorist to taste the sadness of situation and mood. But there is often a rather fine line between laughing and crying, and if a humorous piece of writing brings a person to the point where his emotional responses are untrustworthy and seem likely to break over into the opposite realm, it is because humor, like poetry, has an extra content. It plays close to the big hot fire which is Truth, and sometimes the reader feels the heat.

— E. B. White in his essay, Some Remarks on Humour.

Truth can banish and burn like fire;
Truth can cleanse and calm like water.
Truth can be relative and unknowable,
Truth can be worth dying for.
Truth is hysteria at wit’s end and euphoria at life’s beginning.
xopɐɹɐd ɐ sı ɥʇnɹ⊥
Truth is the reason we can cry while laughing and laugh while crying,
and why it’s not the same thing,
and why poetry still makes sense centuries later,
and why humour doesn’t, but we write more of it anyway.

END_OF_DOCUMENT_TOKEN_TO_BE_REPLACED

On the dangers of forming opinions based on one source, humorously put. 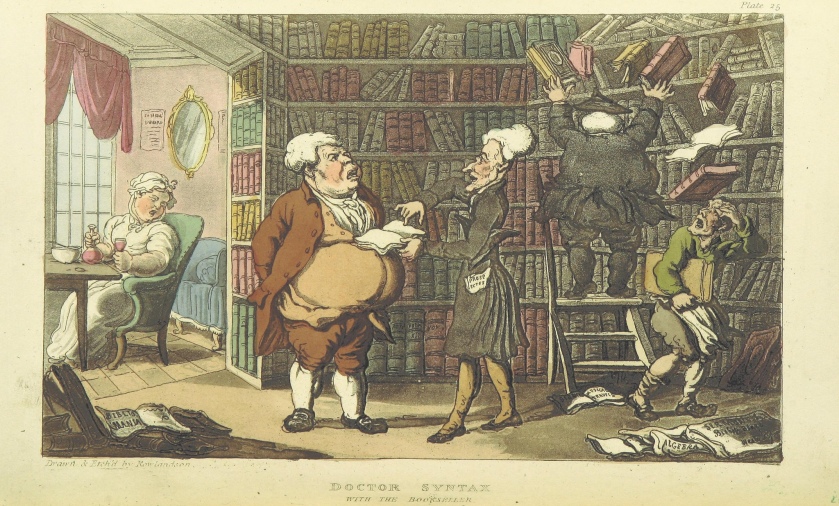 Where do opinions come from?

I won’t answer that (too complicated).

Is it responsible to form opinions based on fake news? What about news that is marketed as fake, also known as freshly published fiction?

I won’t answer that either (too political).

Let’s stay within the confines of the safe, if old-fashioned, world where books are a source of knowledge, information, and formative experiences.

What happens when you pick up a book about a topic you know nothing about?

That I will answer: you incorporate what you have just read into your general sense of the world. You might also make up your mind about the book, you may—gasp!—form an opinion about the chief topic discussed.

The opinion will be based on your experiences, your background, your imagination, your state of mind at the time, all as a reaction to the book.

I call that opinion seeding.

END_OF_DOCUMENT_TOKEN_TO_BE_REPLACED

Humorous delivery of genuine advice on how to find the next book you’re likely to enjoy reading.

Which book should you read next?

You already have a reading list for the next few years, ah, excuse me, please skip this blog post.

Unless you’re entirely inexperienced with books (in which case you should say so), or you’re asking advice on choosing between specific books, for a specific reason, where you can expect a reasonable, meaningful, non-random answer: why ask anyone at all? Sure, you could ask your childhood librarian friend who knows you better than you know yourself. But the librarian internet is not to be trusted to bounce back friendly answers every time. Better search for the answer yourself, trust me.

Indeed, here’s my proposed method to narrow down the book universe to your next literary companion.